Meet our newest Board members: David Yaffe and Ryan Christensen

We are excited to welcome David Yaffe and Ryan Christensen as the newest members of Narrative’s Board of Directors. Their backgrounds and experience in the world of data, marketplaces, and digital media will be invaluable to Narrative as we build the platform that powers the data economy. 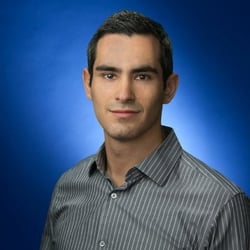 David Yaffe knows a thing or two about helping companies extract value from data. As the founder and CEO of Arbor, he built a platform that enabled publishers and app developers to understand and monetize their data assets, and gave marketers to the tools needed to learn about their customers and reach them more precisely. In 2016, Arbor was acquired by LiveRamp, where David served as chief operating officer and general manager. Prior to Arbor, David led product for Invite Media, which was acquired by Google and became DoubleClick Bid Manager, Google’s demand-side platform (DSP).

While radically simplifying the distribution and acquisition of data isn’t rocket science, it doesn’t hurt to have a rocket scientist on board: Before entering the world of data and adtech, David was an aeronautical engineer at Boeing.

Ryan Christensen is an ad tech guru, having played numerous key roles throughout his career in the industry. As chief operating officer at AppNexus, Ryan was a core member of the executive team responsible for the company’s development and evolution leading up to its acquisition by AT&T in 2018. He now serves as SVP of platform product at Xandr, AT&T’s advertising business unit.

Prior to AppNexus, he served as General Manager of Ad Product at Zynga, leading advertising product management and engineering through the successful development of the company's innovative ad delivery and monetization platform. In addition to his time at Zynga, Ryan has held senior positions Brand.net, Yahoo!, Rocket Network, and other leading technology and advertising companies.

As members of Narrative’s Board of Directors, David and Ryan will use their experience and expertise to help guide Narrative’s growth, helping us build the platform that fuels companies’ data strategy in an efficient, transparent, and secure environment.

The data commerce platform that makes it easy to buy, sell, and win